What Is Augmented Reality?

Have you heard of augmented reality (AR)? AR has its origins as early as the 1950s and has progressed with virtual reality since then, but its most significant advanced have been since the mid-1990s. Picture the “Minority Report” or “Iron Man” style of interactivity. Got the ideas? If no, here’s some Q&A to let you better understand AR.

A: The process of superimposing digitally rendered images onto our real-world surroundings, giving a sense of an illusion or virtual reality. Recent developments have made this technology accessible using a smartphone.

A: Augmented reality is hidden content, most commonly hidden behind marker images, that can be included in printed and film media, as long as the marker is displayed for a suitable length of time, in a steady position for an application to identify and analyse it. Depending on the content, the marker may have to remain visible.

It is used more recently by advertisers where it popular to create a 3D render of a product, such as a car, or football boot, and trigger this as an overlay to a marker. This allows the consumer to see a 360-degree image of the product. Depending on the quality of the augmentation, this can go as far as indicating the approximate size of the item, and allow the consumer to ‘wear’ the item, as viewed through their phone.

Alternative setups include printing out a marker and holding it before a webcam attached to a computer. The image of the marker and the background as seen by the webcam is shown on screen, enabling the consumer to place the marker on places such as the forehead (to create a mask) or move the marker to control a character in a game.

In some cases, a marker is not required at all to display augmented reality. 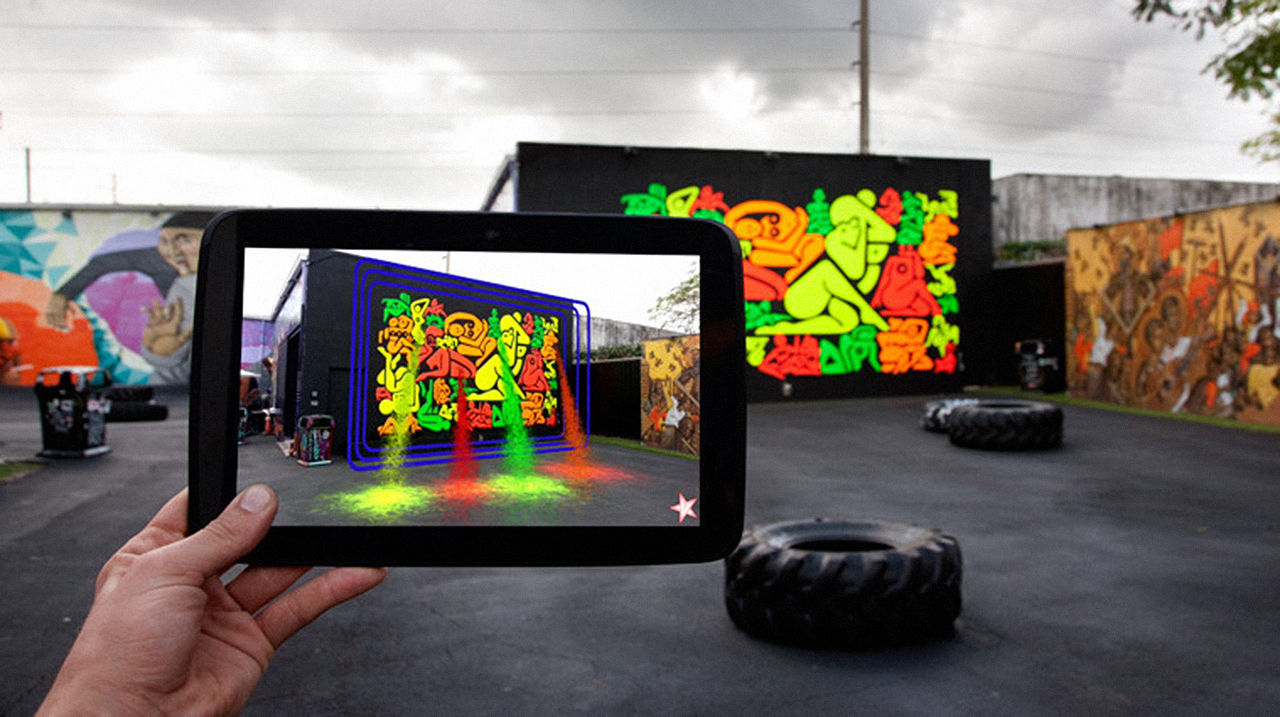 Q: How does it work?

Due to the number of calculations a phone must do to render the image or model over the marker, often only smartphones are capable of supporting augmented reality with any success. Phones need a camera, and if the data for the AR is not stored within the app, a good 3G Internet connection.

Q: What is the future for AR?

A: The smartphone population is rising, and with this, the level of processing power is too. More and more consumers are carrying phones capable of displaying augmented reality, and once an app is downloaded and they have scanned their first code, they are far more receptive to future appearances of a code – driven by curiosity. As long as the resulting augmented content remains engaging and innovative, consumers will certainly adopt augmented reality as a new and fun twist to conventional marketing and services.