This is the cashless era where you can make payments without using cash. Indonesia’s on-demand ride app Go-Jek introduced a simple e-wallet not long ago. It lets users store credit on the app for future rides and purchases. Credit points are deducted from the balance, which removes the friction of having to handle cash. Go-Pay credits can be used not only to pay for rides, but also for services and items purchased through the app.

Now the start-up introduced a new feature which allows users to send Go-Pay credit to each other at no cost. It’s a big step in Go-Jek’s evolution into an increasingly powerful payments solution that enables users to transact with each other.

The feature is only available to a subset of app users for now, a company spokesperson confirmed.

This is what it would look like if you are one of them. 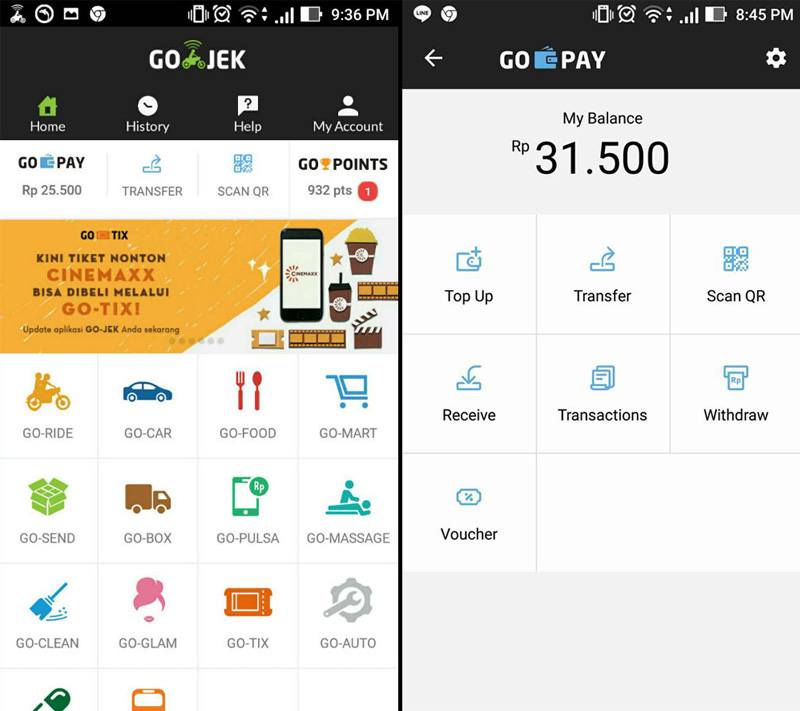 Go-Jek also confirmed that users will be able to withdraw Go-Pay credit in the form of cash at several partner banks once the feature is fully implemented. The start-up has not yet revealed which banks are involved.

“We hope that through the addition of this feature to Go-Pay we can improve people’s experience with it and the Go-Jek app. The feature proves our commitment to push and promote the notion of a cashless society,” the spokesperson said.