A Crazy Idea Turned Into A Billion Dollar Business: Nike

With $300 in his pocket, a 24-year-old Phil Knight decided he would travel the world – an idea that lead to founding one of the largest multinational companies in the world: Nike.

“Most people thought it was crazy. When I finally got going a little bit, people around Portland, Oregon – which is kind of a small city atmosphere in a large city – they said ‘Phil Knight, he’s got a Stanford MBA and is selling Japanese sneakers,’” he said.

But why shoes? Knight said it’s the “one important piece of equipment for a runner.”

“Running shoes are it. My old coach firmly believed that an ounce in a pair of shoes over the course of a mile was worth 10,000 pounds in the last three yards. So he was obsessed with it. And it caught my attention and I became kind of a guinea pig of his own experimental shoes. So it built from there.”

After acquiring a degree from Stanford, Knight decided to head to Japan to pitch importing running shoes to the United States to Japanese shoemakers Onitasuka Tiger.

“Wearing my one suit that I owned – all my assets on my back. I’m going in there, I’m not a natural salesman, I said ‘I may not get out of here alive,’” he joked. “I told them I wanted to import Japanese track shoes into the United States…they were thinking about exporting shoes into the United States. After initial awkwardness, we had some interesting dialogue. They brought in some shoes they were working on and there were some things to be really optimistic about… So I ordered I think a dozen pairs of shoes for samples.” He also discussed how his former coach became his partner.

“About December of 1963 they came and I sent a few pairs off to my coach who was really interested in shoes and he said I’m coming up to Portland next month, let’s have lunch… and I got to lunch with him and I get more than an order, I get the ultimate endorsement. He said how about making me your partner? So I said, ‘Ok Bowerman you have to put up $500, we’ll order 300 pairs of shoes, and I would put up $500,’” he said. 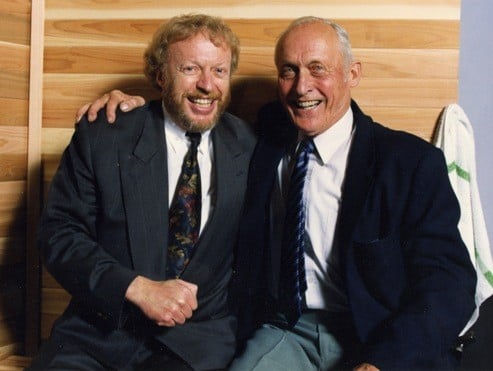 Knight would then spend weekends and evenings selling shoes to high school kids.

He also discussed his financial struggles with banks.

“I didn’t have any real equity for what we were trying to borrow. And the problem with importing in those days was you basically had to put the money up in advance. It’s kind of a reversal of what you had to do in your house. You live in your house and you have to pay for it over time. Here you had to pay for it before you got the house… it was a tough financing thing for a long long time. The banks had a nightmare having several thousand pairs of shoes as inventory piled up in their lobby as collateral,” he said.

When asked whether he would do it again, he said: “It’s an entirely different environment now. There’s really sort of negativity towards entrepreneurship and business in general kind of going on in this country… but I see it as a cycle, I don’t see it as a trend…The flip side of that is there are venture capital firms now. So you have access to money now that you never had in the 60s, so that makes it easier.”

He discussed how Michael Jordan helped the brand. 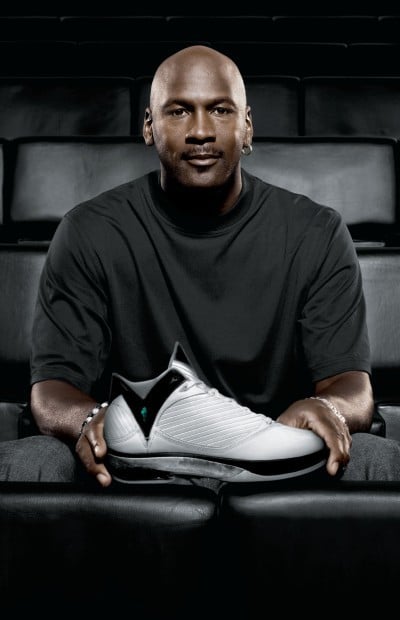 “We were probably about $600 million in sales then by about 1984, and we really needed a boost. We thought this young basketball player from North Carolina might be able to help us that way. His name was Michael Jordan…We really turned an endorsement into a brand…that changed the industry really,” he said.

Knight, like other billionaires including Warren Buffett and Bill Gates, plans to leave his fortune to charity.